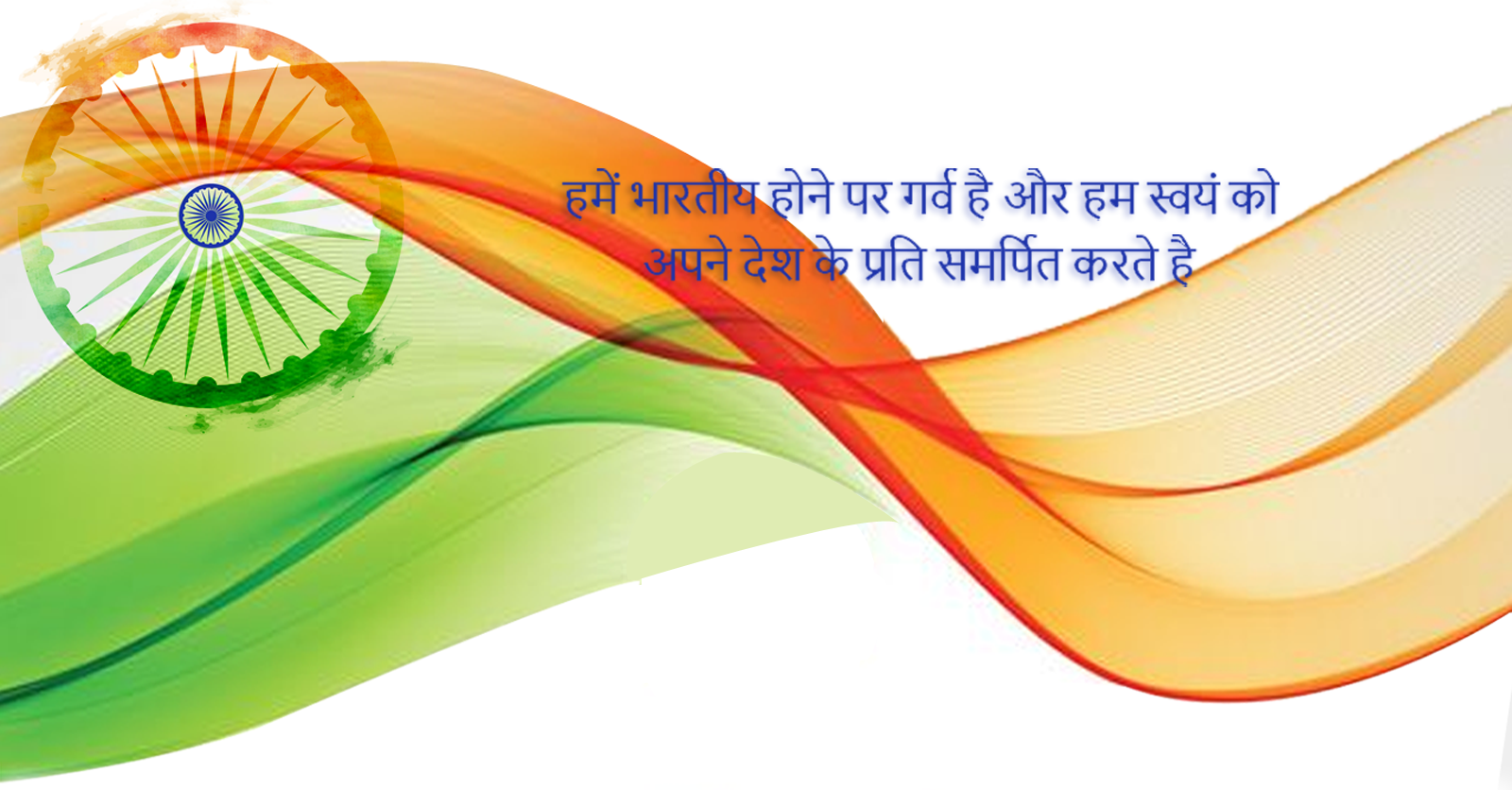 The hard truth of the pre-independence period is that India never had a National Flag that could represent it as one nation. The need for having a flag wasn't really felt by Indians until the partition of Bengal was announced. That day was declared as the national day of mourning. A year later, on the anniversary of anti-partition movement a flag was unfurled. It was designed by Sachindra Prasad Bose. After the partition was annulled people forgot about the flag. Madam Bhikaji Rustom Cama who attended the 2nd International Socialist Congress in Germany gave a speech about the political fight with British and waved the flag...

Physical Features of The National Flag of India

The National Flag of India is horizontally rectangular in a shape. It comprises of four colours, The India Saffron, White, India Green which are the primary colours and the Navy Blue which is the secondary colour. The saffron colour signifies courage, sacrifice, valour, wisdom and action. It is a mixture of two colours red and yellow in fixed ratios. White symbolizes purity, peace and tranquility. Green symbolizes growth of the country, the vegetation, agriculture and plant life – relation with the earth, on which all other life depends. The Navy blue in the Chakra refers to the boundless sky and fathomless sea and the inner energy.

The official book/ booklet that lays down the code for the use of our National Flag is the "FLAG CODE OF INDIA 2002". The main points to be kept in mind are given below. The time in which the national flag is normally flown during the daytime lies between the sunrise and the sunset. Indian citizens can fly the national flag inside their car on the dash board or on the wind screen but not outside the car. The Tiranga can be printed, stitched as a part of your dress or costume but not below the waistline.

Flag Code of India although is not a law within the meaning of Article 13(3)(a) of the Constitution of India for the purpose of clause (2) of Article 19 thereof, it would not restrictively regulate the free exercise of the right of flying the national flag. However, the Flag Code to the extent it provides for preserving respect and dignity of the National Flag, the same deserves to be followed.

The Flag Foundation of India has installed more than 80 monumental flags across
the length and breadth of India that fly day and night. 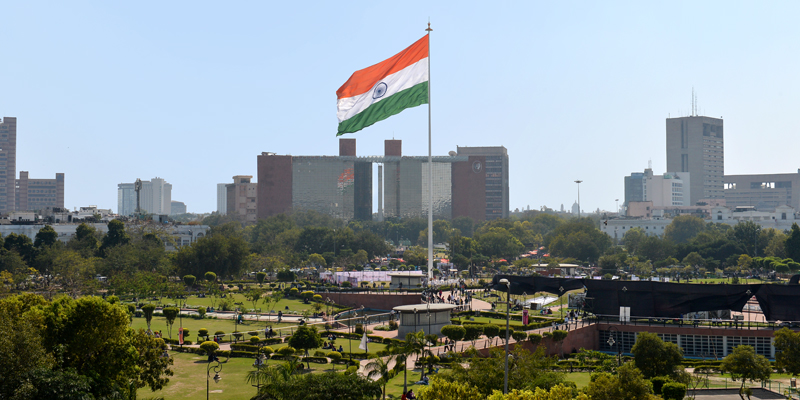 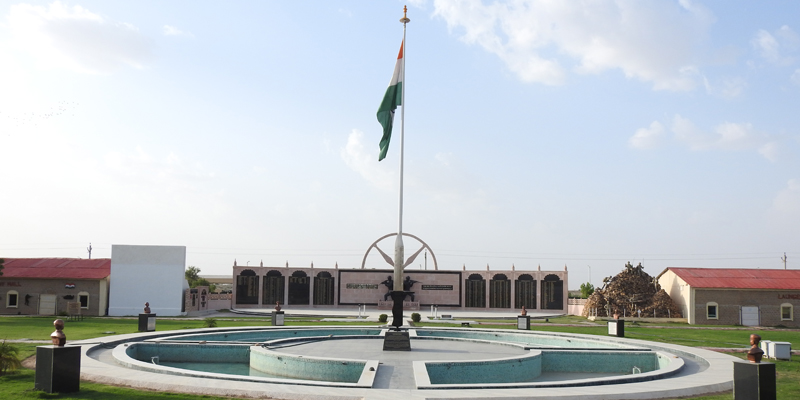 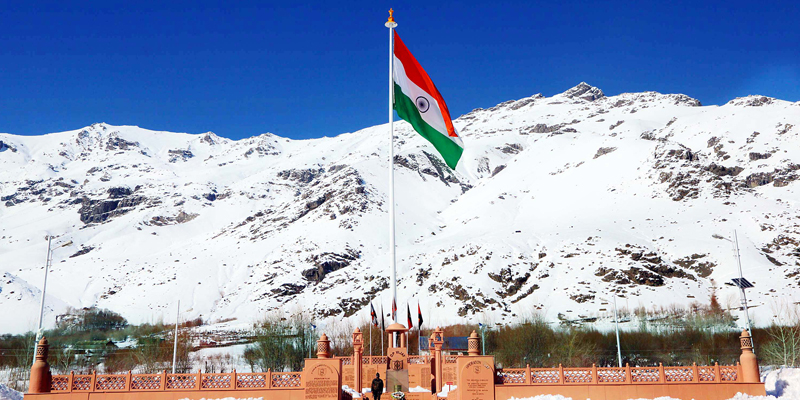 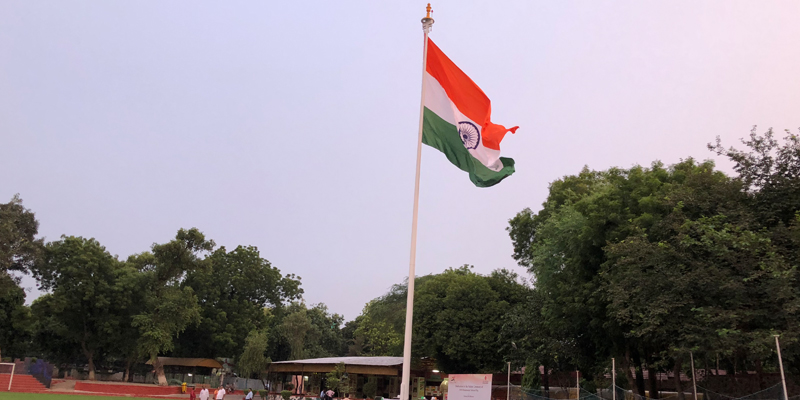 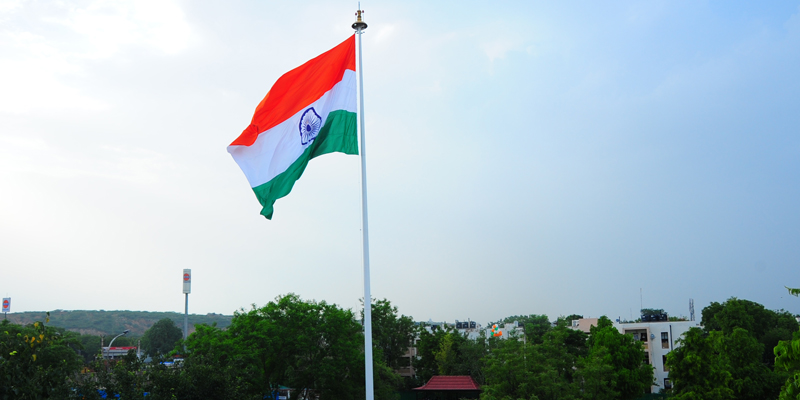 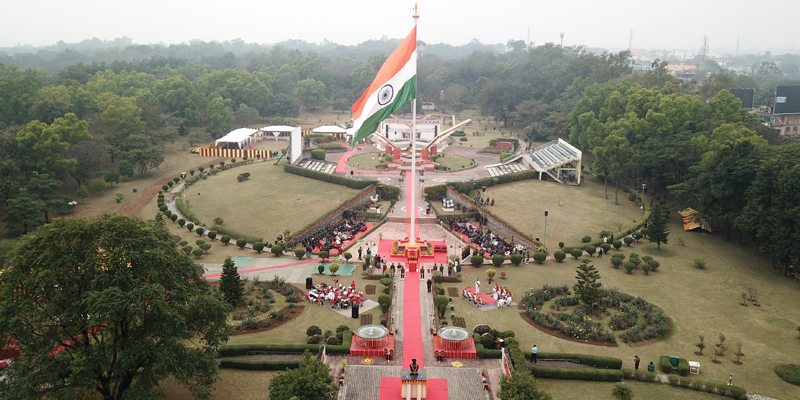 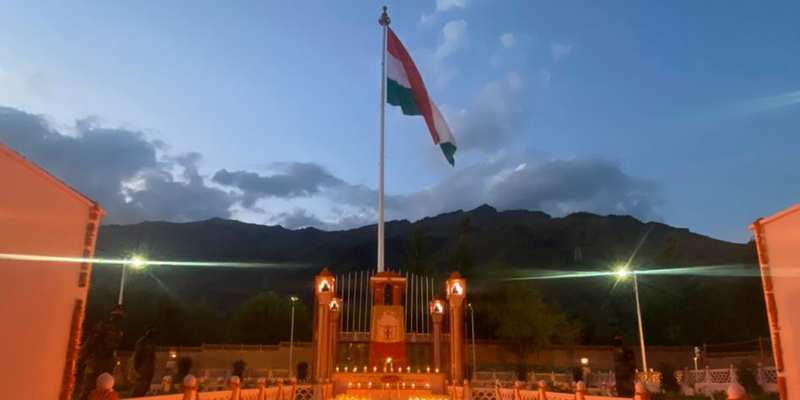 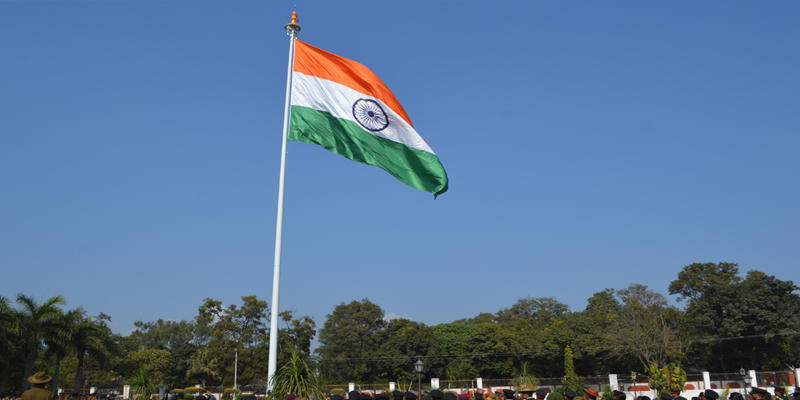 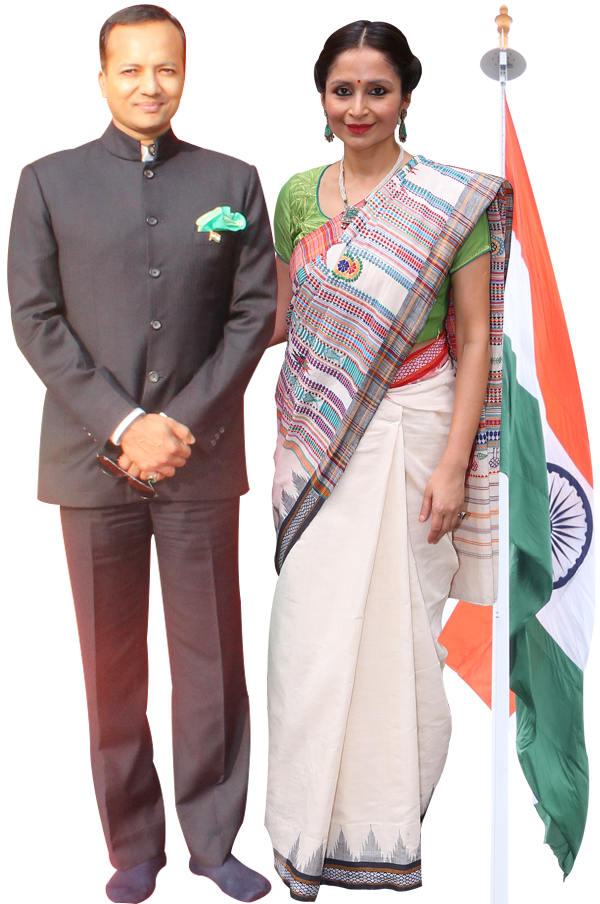 History of
The Flag Foundation

Mr. Naveen Jindal's passion for the National flag, the Tiranga, began during his student days at the University of Texas at Dallas, USA, where as President of the Student's Senate, he used to proudly display the Indian National Flag.

After coming back to India in 1992, Naveen continued to display his pride and honour in being a citizen of India by flying the Indian National Flag in a respectful manner at his factory premises in Raigarh in Chhattisgarh (erstwhile Madhya Pradesh). The then Commissioner of Bilaspur objected to it on the ground that as per the Flag Code of India, a private citizen was not permitted to fly the Indian flag except on certain days.

The Flag Foundation Of India was set up as a registered society under the societies registration act of 1980, a non-profit body on 3rd june 2002, after Hon'ble MP Mr. Naveen Jindal won a seven-year long court battle that enabled all Indians to display our National Flag with honour and pride at... 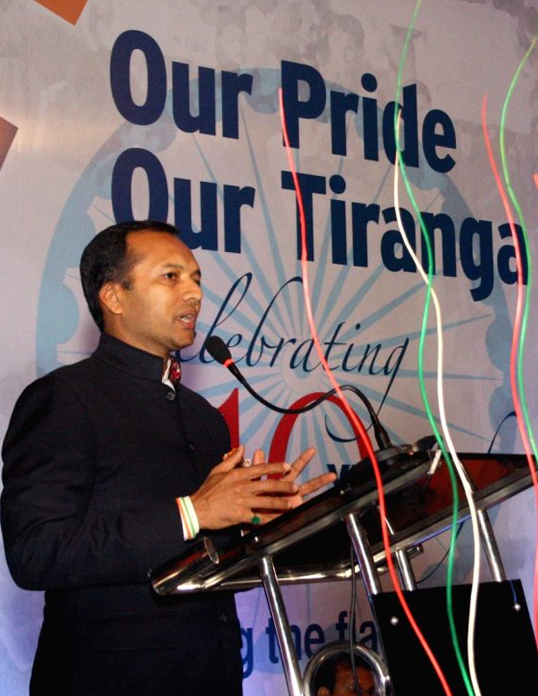 Tiranga Run, an athletic fun run, is organized by the Foundation, to increase awareness to display the National Flag involving people from all walks of life..... 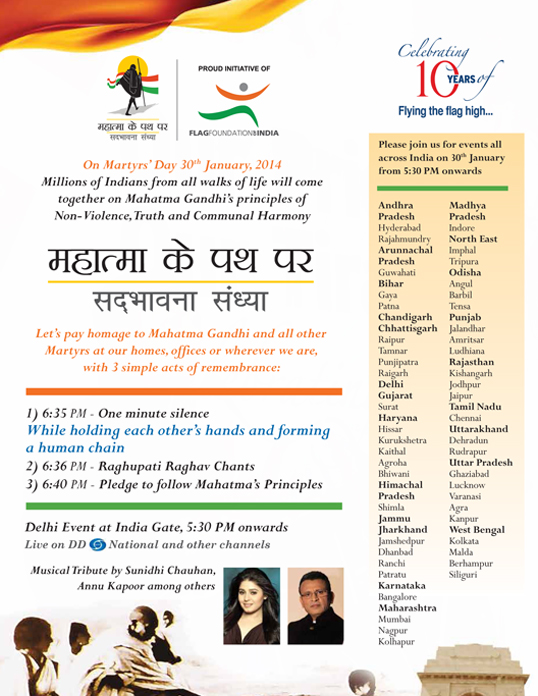 For this project, extremely eclectic group of artists were chosen to present the widest possible number of interpretations on the theme.....

We believe brand interaction is key in communication. Real innovations and a positive member experience are the heart of successful communication. No fake products and services. The member is king, their lives and needs are the inspiration. 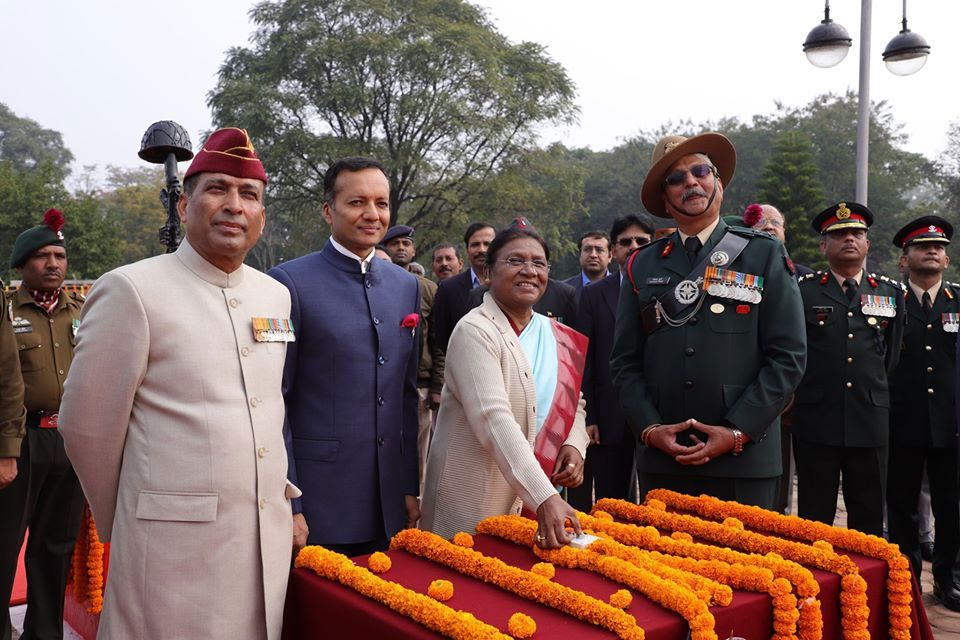 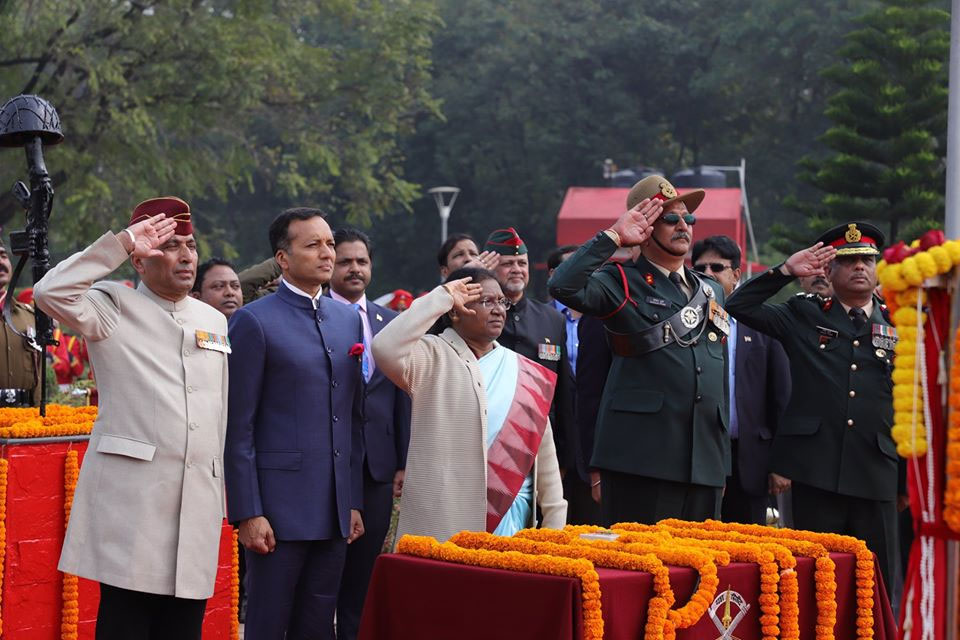 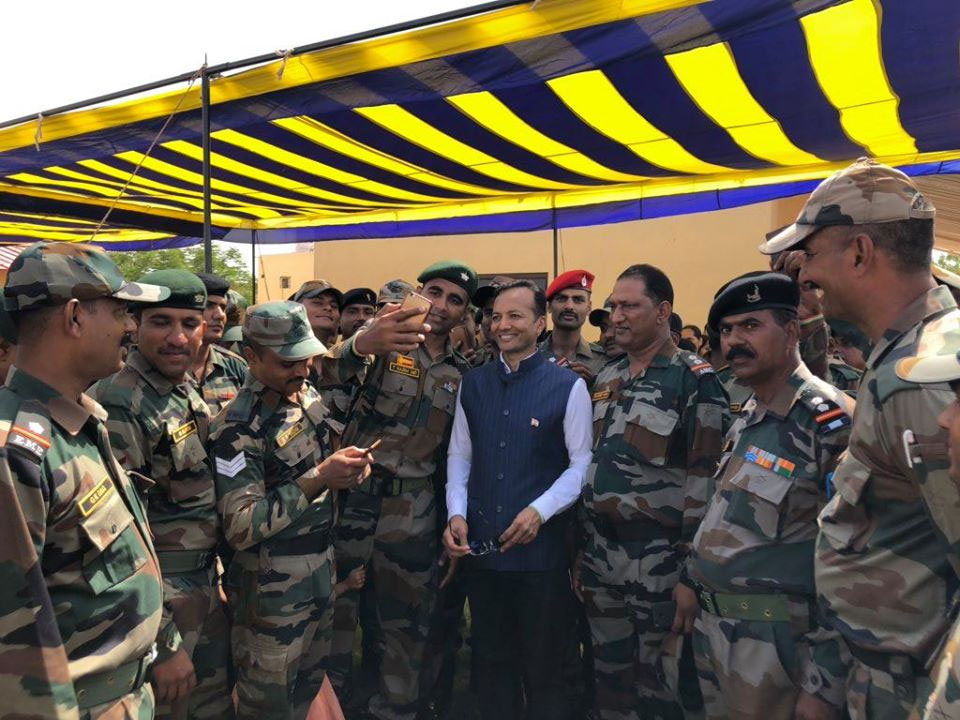 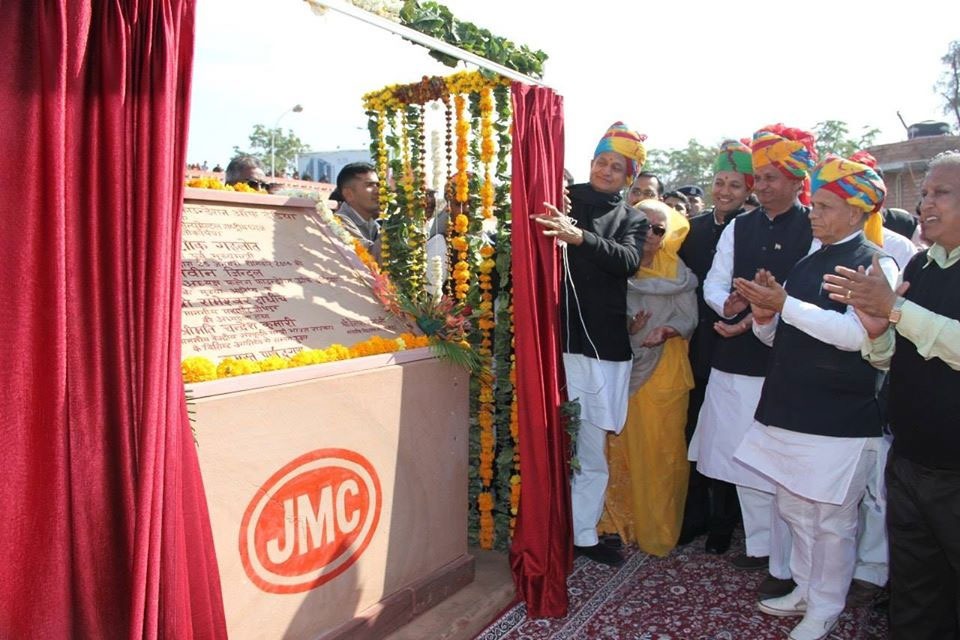